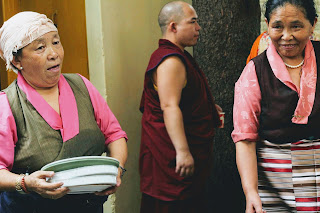 What Does devotion mean to you?
For me its an enthusiasm, a loyalty which two old women taught me when I visited Tsug La Khang, McLeodGanj, Himachal Pradesh, India. So, here is the story from my travel diary.
On a trip to McLeodGanj last year, I visited the official residence of the 14th Dalai Lama. The complex was huge and includes a buddha temple also. It was there afternoon prayer time and luckily, I got the chance to experience Tibetan culture and rituals. The hall was full of hundreds of devotees. Some of them were holding prayer wheels and some were carrying prayer beads. The only sound one can hear then was holy chants. Everyone was silent and murmuring prayers. The environment was filled with positive vibes.
After prayers, I saw a gathering on my opposite side. I went there and saw two old women were serving something to devotees and visitors. That interested me but due to a crowd at that place, I thought to skip and continue further. As there were other things too to cover on that day. While taking a round of temple I reached a place where I had a clear glance on these two women. Their wrinkles were telling their ages and experiences.
They were old but their energy level surprised me. One of them was giving plates to people in the queue and the other was pouring food. In spite of huge crowd both were doing their work with dedication and smile on their faces. I couldn’t stop myself and went close. As there were people waiting for their turn in the queue I stand aside and was watching them. So enthusiastically and cheerfully they were serving the meal (prasad). It was a mix of rice and pulses, commonly known as “Khichdi”.  One of them saw me and insisted to have this. As it was afternoon already and I was hungry too. So, I decided to try that and save time for further journey. The meal (prasad) was delicious. Such a simple food but so tasteful. Might be it was served with so much love and devotion that’s why!
On that day I actually understand the meaning of Devotion. Those two women had taught me the true meaning of this word. Devotion is a kind of worship. It’s loyalty towards your work. No matter how hard and tiresome the job is, it becomes easy if it is done with devotion. Also, devotion is something that cannot be forced. It comes from inside. When our soul heart and mind synchronize then only, we can devote ourselves and work with loyalty and enthusiasm.

Story and Picture By
Anupriya Asthana 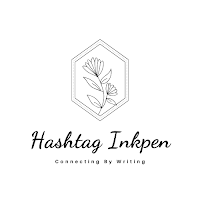 Your comments are highly appreciated!

Popular posts from this blog 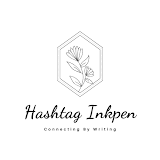 Short Poem  "Time" It's just the time good or bad hard or easy not going to stay for long it will pass. Leaving behind memories to bring smiles to our faces and tears in the eyes. Like water, it flows neither you nor I can hold When it feels like time has stopped It's just in our heads. Slowly it is evaporating  and going away. What is passed is passed what is coming we can't tell Like a good player  not disclosing cards. Anupriya Asthana
View »

I See God In

All rights reserved. No part of the content may be reproduced, distributed, or transmitted in any form or by any means, including photocopying, recording, or other electronic or mechanical methods, without the prior written permission of the owner, except in the case of brief quotations embodied in critical reviews and certain other noncommercial uses permitted by copyright law.